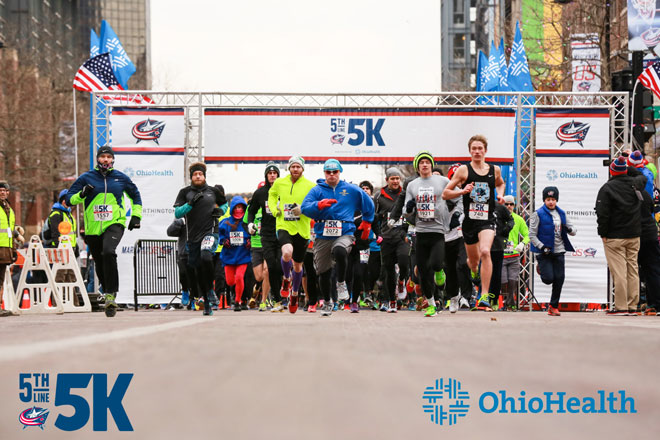 As a local company that delivers healthcare RCM services, ABCS RCM is happy to support the cause and be part of the Columbus-area community. They have participated in similar events such as COPC’s Run 4 the Health of It held in Westerville, OH.

The Columbus Blue Jackets and Columbus-based M3S Sports are teaming up to host the second-annual downtown road race, which offers runners and walkers an active way to celebrate the winter season. The 5th Line 5K Race begins at 10 am outside of Nationwide Arena and takes participants on a 3.1-mile tour of downtown Columbus and the Arena District before finishing on center ice of Nationwide Arena, home of the Blue Jackets. The event is limited to the first 3,000 runners and walkers.

“The 5th Line 5K has become one of the highlights of our Winter Park festivities,” said J.D. Kershaw, vice president of marketing for the Columbus Blue Jackets. “We look forward to again connecting the running community and casual fitness enthusiasts with our sport and watching thousands of runners and walkers ‘Finish On Center Ice’ again at Nationwide Arena this February.”

“We are honored to again partner with the Columbus Blue Jackets on The 5th Line 5K Race and produce a 5K event that allows runners and walkers to celebrate the Blue Jackets, hockey and fitness,” said David Babner, race director for M3S Sports. “The inaugural 5th Line 5K built on the success of The NHL All-Star 5K Race and we look forward to making The 5th Line 5K an annual celebration.”

Visit www.The5thLine5K.com for registration and more information on the race.