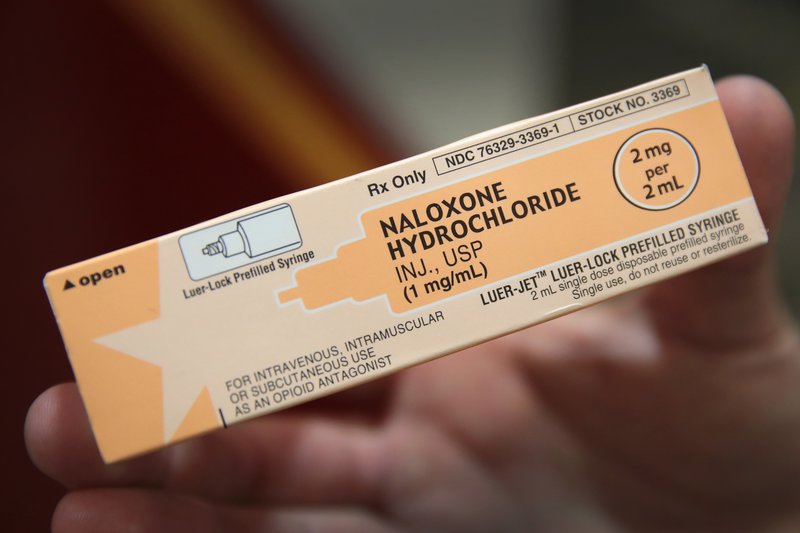 Many parts of the United States and in the midst of an opioid addiction crisis, which has inspired numerous lawsuits against drug manufacturers and distributors. The opioid problem was recently made worse due to the recall of a widely-used antidote for opioid overdoses. The Food and Drug Administration (FDA) issued a nationwide recall for the drug naloxone.

The recall was issued due to concerns that “Two Lots of Naloxone Hydrochloride injection USP, in the Carpuject™ Syringe System”, have the “Potential Presence of Particulate Matter.” This means that some of the drug batches that were sent to pharmacies and hospitals may be contaminated with “embedded and loose particulate matter” on the syringe plunger that could cause harmful side effects.

The naloxone manufacturer Hospira and its parent company, drug company Pfizer, has asked drug retailers to discontinue using and distributing the recalled drug.

Currently, naloxone is not only used in hospitals, but is also carried by many first responders as well as other healthcare professionals. In locations that have experienced a large number of opioid overdoses, the drug is offered without a prescription and is even available in some public libraries.

When used properly, naloxone can quickly restore normal respiration for someone whose breathing has been slowed or stopped due to an overdose. The drug has a high success rate in reversing the lethal effect of an opioid overdose. But the fact that one form of the drug, that is often used by first responders and hospitals, is perhaps contaminated will not help the overall situation.

In Ohio alone, naloxone is widely-distributed and was promoted through state campaigns that explained how “Naloxone Saves Lives.”

Naloxone can quickly help someone whose breathing has slowed or stopped after overdosing on an opioid like heroin or fentanyl. When people use opioids, like heroin or oxycodone, the drugs activate receptors in their brain. At lower doses, this creates a feeling of euphoria.

However, as the dosage raises, it will slow a person’s heart rate and breathing which will starve the brain of oxygen. Naloxone works by binding to the brain’s receptors and reversing and blocking the effects of opioids on the body, according to the National Institute on Drug Abuse.

Again, the particular form of naloxone that was recalled is the type that is most often used in hospitals and by first responders. However, other forms of the drug are still available for the general public.

Currently, there are three ways to administer naloxone:

The United States is in the middle of an opioid epidemic with more than 115 Americans dying every day from opioid overdoses, according to the National Institute on Drug Abuse. This is one reason White House officials unveiled a plan in March to provide more first responders with naloxone in order to help treat opioid overdoses.

The FDA is recommending for anyone using the injectable form of the drug to visually inspect the fluid for particulate matter and discoloration before they inject the drug. If someone used the contaminated drug, Pfizer stated that the patient has a low likelihood of experiencing an adverse event.

These symptoms can include local irritation, allergic reactions, end-organ granuloma, tissue ischemia, pulmonary emboli, pulmonary infarction and toxicity. Pfizer has noted that this specific version of recalled naloxone is only meant for use with trained medical professionals and first responders.

The naloxone recall is exacerbated by the fact Pfizer and Hospira control the most of the nation’s injectable drug market. Also, shortages were already created due to damage to drug manufacturing facilities in Puerto Rico by Hurricane Maria.

The recall covers single-use sterile cartridge units with lot numbers 72680LL and 76510LL in 0.4 mg/ml, 1 mL in, and 2.5 mL strengths that were distributed to wholesalers, distributors and hospitals in the U.S., Puerto Rico and Guam between February 2017 and February 2018.

Hospira has requested that any institutions that possess the recalled lot numbers should stop using naloxone cartridge units, quarantine them and return them to the company.

As a company that provides specialized behavioral health billing, credentialing as well as a wide variety of other revenue cycle management services to behavioral health and addiction treatment professionals. Please check back in the future for updates on this topic.

For additional questions about this article or other medical billing topics, please CONTACT US.