Changes for CareSource and Walgreens Pharmacies in Ohio 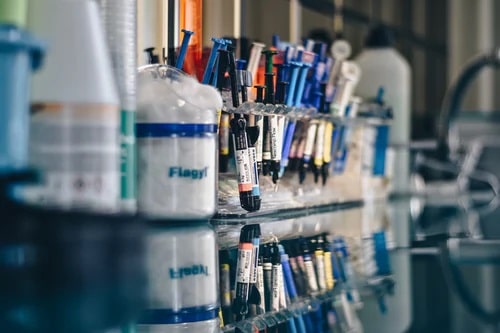 The healthcare industry is a dynamic and ever-changing environment. A fact that is displayed by recent announcements from CareSource, Ohio’s largest Medicaid provider, and its relationship with Walgreens pharmacies.

Recently, according to Columbus Dispatch, the Ohio Department of Medicaid (ODM) stated that 90,000 recipients who use Walgreens pharmacies will have to switch to another pharmacy. Representatives from CareSource have stated that the ODM approved the network modification data, which at the time of publication is February 1, 2020.

Walgreens is the second-largest pharmacy in the state. A fact that means a sizable number of Medicaid recipients could lose access to nearby retail pharmacies, creating what some news outlets have called pharmacy deserts for this population.

However, CareSource states that 99 percent of Walgreens in Ohio have an in-network pharmacy located within a 2.2 miles distance. The insurance provider continues to follow the Ohio Department of Medicaid’s network access standards. CareSource members still have access to roughly 2,000 pharmacies across the state. This network includes major retail chains like CVS, Walmart, Giant Eagle, Rite Aid, Kroger and Costco as well as 580 smaller independent pharmacies.

Yet, there are concerns from industry observers. Ohio Senator David Burke, who chairs the state’s HHS and Medicaid Committee, has noted that patients who use Medicaid are usually sicker than the general population. When these patients lose access to Walgreens pharmacies, they may find it more difficult to manage their medications. A possible result is that more of these patients could end up going to hospitals and/or emergency rooms (ERs), which is often more expensive for the Medicaid program in the long-run.

According to Columbus Dispatch, some state officials are also concerned that the closing of pharmacies owned and operated by Walgreens will create a lack of competition in the Ohio healthcare marketplace. The fear is that with Walgreens no longer operating with CareSource, CVS could demand more aggressive pricing for Medicaid prescriptions. Currently, Walgreens is a leading competitor of CVS Pharmacy, which is a subsidiary of CVS Health Corporation.

Walgreens is Closing Pharmacies in Ohio:

It is no secret that Walgreens is actively pursuing and acquiring independently-owned pharmacy. The company’s website even has a link at the bottom of their home page with specific details explaining their pharmacy acquisitions procedures. However, they recently purchased seven independent pharmacies in Ohio, and then closed them.

According to news reports, CareSource customers who previously used these now-shuttered pharmacies will have to determine where their prescription was transferred to in the Walgreens pharmacy network. For some Medicaid recipients, these new locations could be as far as 30 miles from their homes.

Ohio news outlets state that Walgreens did confirm that they bought and closed seven community pharmacies in the state of Ohio. The company also purchased and closed another store in neighboring Indianapolis. CVS has also engaged in similar “buy and close” behavior with pharmacies located in Ohio.

Healthcare industry observers are concerned that these changes create potential barriers that could reduce access to healthcare. For example, some Medicaid patients are extremely mobility-challenged and often lack reliable transportation options.

Some researchers have noted a correlation between negative healthcare outcomes and nearby pharmacy closures. There is already a lack of healthcare providers across the nation which creates a barrier for people trying to obtain healthcare services. Industry observers are concerned that the lack of available pharmacies is creating another unnecessary barrier to healthcare for people.