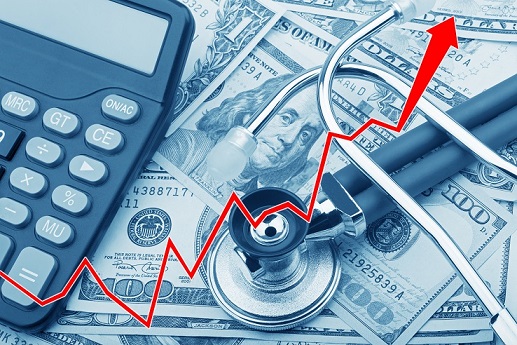 Terms like transparency are becoming a controversial topic in Healthcare. The new transparency rule by the Centers for Medicare & Medicaid Services (CMS) is designed to help patients better understand their medical bills. However, hospital groups are arguing that the new rule will only confuse patients and is unconstitutional.

A Push For Price Transparency:

Hospitals are displaying their price lists on their websites, which displays the prices set by each hospital for every service or drug treatment. Prices that are heavily influenced by things like whether a patient is “in” or “out” of an insurance provider’s network. The new regulations require that prices be listed online, but there was no financial penalty for failing to provide the list.

These federal price listing rules were strengthened during the summer of 2019. On June 24, 2019, President Trump signed an Executive Order that required an increase in the availability of meaningful price and quality information for patients.

Interestingly, some states followed the example and created their own version of medical price listing regulations for hospitals and similar facilities. A bill in the state of Ohio requires hospitals to provide a “reasonable, good faith” estimate or price range of scheduled services at patients’ request at least seven days before a medical service.

In addition, hospitals would have to notify patients if they have generated a separate or “out-of-network” bill during the hospital visit. However, Governor Mike DeWine vetoed parts of the bill, stating that it was unworkable and duplicative of federal requirements.

On November 15, 2019, the Centers for Medicare & Medicaid Services (CMS) finalized policies that follow directives in President Trump’s Executive Order. These requirements are described by CMS as an attempt to develop a patient-driven healthcare system by making prices for items and services provided by all hospitals in the United States more transparent for patients.

The goal is to make sure patients are more informed about the exact cost of hospital items and services. The new rules from the CMS are seen as a way to increase price transparency. The rules are seen as a way to empower patients and increase competition in the healthcare market. But, there is disagreement over this policy implementation.

Push Back From Hospital Groups:

Some hospital groups are not pleased with this CMS requirement. They argue that the disclosure rule violates first amendment rights of privacy. Hospital groups have filed a lawsuit in U.S. District Court for the District of Columbia in order to block the recent price transparency rule.

These hospital groups are challenging the new regulation that orders health systems to publicly disclose the rates they have negotiated with insurance companies. Starting in 2021, if hospitals do not disclose standard charges, including payer-specific negotiated rates, for all items and services; they could be fined up to $300 a day.

These groups advocate that the CMS lacks the authority to enforce public disclosure of individually negotiated rates between commercial insurance providers and hospitals. They also argue that the new price transparency requirement violates First Amendment protections due to the fact that these negotiated rates are highly confidential in nature.

“America’s hospitals and health systems stand with patients and are dedicated to ensuring they have the information needed to make informed health care decisions, including what their expected out-of-pocket costs will be, officials from the AHA, said in a press release.

“Instead of giving patients relevant information about costs, this rule will lead to widespread confusion and even more consolidation in the commercial health insurance industry. We stand ready to work with CMS and other stakeholders to advance real solutions for patients.”

Response From The CMS:

The Centers for Medicare & Medicaid insist that the new regulations are about fairness to patients, versus maintaining the status quo. The response from the various hospital groups inspired CMS officials to reiterated their support for the new price transparency regulations. Officials stated that they “think it’s important that we create a government that puts patients in charge of their care.”

The response from CMS continued by stating that is important to develop a “competitive environment where doctors, insurance companies and the system is competing for patients on the basis of quality and cost and appropriate safety, and that we ensure the programs we have are sustainable over the long term.”

This story will continue to develop as the U.S. healthcare system struggles to reduce costs. With technology companies like Apple and Google entering the healthcare industry, as well as the movement to value-based services; there will continue to be a struggle between cost, access and quality.

For additional questions about this topic or medical billing in general, please contact our staff.