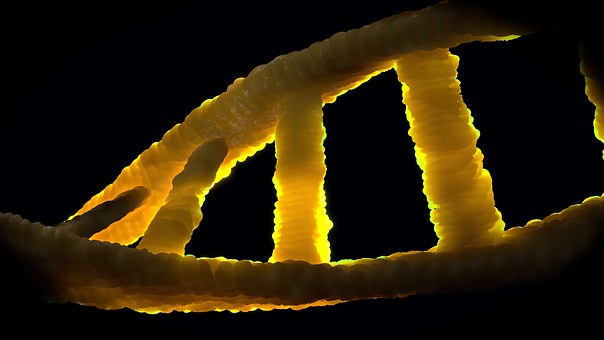 Amazing breakthroughs have recently occurred in the field of gene therapy. These new therapies are providing hope for individuals who suffer from terminal conditions. Yet, gene therapy treatments are expensive.

This expense has created concern over how many people can actually gain access to these pricey therapies. However, insurance companies are gradually changing their policies and more people are receiving these treatments.

The Growth of Gene Therapy:

Gene therapy treatments were originally experimental techniques to treat or prevent illness. Some of the approaches to gene therapy include:

Gene therapy holds considerable promise as a viable treatment option for a number of diseases. However, the treatments carry a high level of risk and are used only for illnesses that have no other cures. For example, one disease that meets the criteria for gene therapy is spinal muscular atrophy or SMA.

Spinal muscular atrophy is a genetic disorder that is characterized by weakness and wasting (atrophy) of a person’s skeletal muscles. There are many different types of SMA, but when the disease occurs, the muscles lose the specialized nerve cell that controls movement. The onset of this muscle weakness usually worsens over time and will shorten a person’s lifespan and is the leading genetic cause of infant mortality in the U.S.

Yet, for all of the different types of SMA, the genetic disorder is controlled by only a few genes. Due to the limited number of genes involved, SMA is an illness that can be treated with target gene therapy.

The gene therapy drug is known as Luxturna and is approved to treat children and adult patients with an inherited form of vision loss that may result in blindness. Luxturna is the first directly administered gene therapy drug approved for use in the United States. The treatment works by targeting vision loss disease caused by mutations in a specific gene.

Another FDA approved gene therapy treatment medication is Zolgensma. This type of gene therapy is focused on treating pediatric patients with spinal muscular atrophy (SMA). The drug is the first gene therapy approved to treat children less than two years of age with this devastating genetically-linked illness. As a gene therapy medication, Zolgensma targets and repairs the missing or nonfunctioning gene that is responsible for the root cause of SMA.

Both Luxturna and Zolgensma are amazing in their own right, but there is a lingering issue. These life-saving treatments are extremely expensive. The two most expensive drugs in the United States are Zolgensma ($2,125,000) and Luxturna ($850,000).

When the Food and Drug Administration first approved gene therapy in May 2019, the FDA stated that it could be given to most children under 2 years of age with spinal muscular atrophy. However, insurance providers had a variety of coverage policies. Industry observers believe these restrictive coverage policies and denials were a signal that insurance companies were unhappy with Zolgensma’s 2.1-million-dollar price tag.

But UnitedHealthcare (UHC) officials stated that price was not a factor when they made their coverage determinations. Instead, the insurance providers said it based the decision on patient clinical outcomes arguing that there was a considerable amount of variation in the people’s post-dosage recovery. UHC has worked steadily to control healthcare cost and still provide quality care.

Families are fighting their health insurers for coverage of gene therapy drugs like Zolgensma. In part, some parents are frustrated due to the fact that the treatment needs to be administered as soon as possible. Otherwise, damage from spinal muscular atrophy accumulates over time and is irreversible.

UHC, Aetna and Anthem have all reversed coverage policies for the drug Zolgensma. UHC now approves coverage for all six requests it received for the new drug. This move reverses previous coverage denials.

In a similar fashion, Aetna had previously covered gene therapy only for patients younger than 9 months old. The health insurer’s new policy will now provide coverage for children up to 2 years old which coincides with the FDA’s gene therapy policy for Zolgensma.

The health insurer Anthem also revised its treatment policy this week. The health insurer is maintaining a previous cutoff at 6 months old. But they have added a policy for kids who were slightly older at the time of the FDA approval and are successful at meeting other criteria.