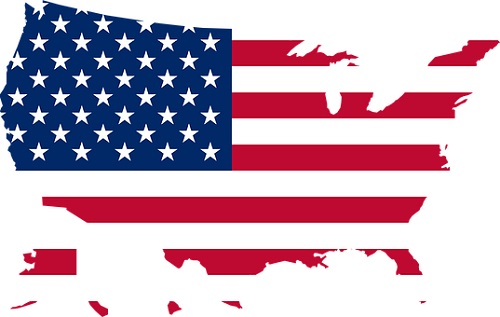 What states in the U.S. have the best rate of access to health care services? What states have the highest amount of Medicaid as the share of the state’s budget? These are only a few of the questions answered by recent studies from the U.S. News & World report well as a WalletHub.

Recently, new statistics were published that explored the amount of health care coverage in the United States. This data included information on Medicaid spending and coverage as well as what U.S. states are considered to have the best and worst healthcare. Additional information was also provided in regards to quality of life issues for people with developmental disabilities.

The Kaiser Family Foundation, a California-based non-profit organization, has published studies that have compared the U.S. health system to other countries. They found that the United States is behind other developed nations for standards such as the amount of the general population who has healthcare coverage or overall life expectancy. However, in recent years, the United States has had some improvement in these metrics.

The American healthcare system is one of the most expensive in the world. Yet, higher medical cost does not always create better medical outcomes. The metrics that provide valuable insight on this topic are accessibility, cost and outcome. These three measurements allow researchers to judge the level of value delivered by healthcare systems.

Overall, the data shows that the states with better measurements are located in the Northeastern region. The states with the worst metrics are in the southern U.S.

According to WalletHub, the best and worst U.S. states for the amount of the general population with insurance coverage are as follows.

The top five states with the highest percentage of insured adults are:

On the flipside, the five states with the lowest percentage of adults with insurance coverage are:

U.S. News & World Reports has slightly different data. Their research ranks the states by the amount of health care access based on their population size. The top three states with the best access to health care are:

Data from WalletHub also ranks states with the most, and the least, Medicaid coverage. As of September 2020, the United States had just over 70 million people who were enrolled and receiving Medicaid benefits.

However, some states place a greater emphasis on Medicaid coverage for their population. Here are the top five states that have the highest state Medicaid spending as a share of state budget:

Inversely, according to WalletHub, the states with the lowest state-funded Medicaid spending as a share of their state budget are:

On a similar note, the U.S. states that have the highest total number of Medicaid enrollment based on their eligible Medicaid population is interesting.

According to WalletHub, these are the top five states with the highest total Medicaid enrollment as a percentage of their eligible Medicaid population are:

The states with the lowest Medicaid enrollment as a percentage of their eligible Medicaid population are:

Medicaid provides the primary source of funding for people with developmental disabilities. Statistics in this area are sometimes overlooked by the general population.

Federal agencies report that ,one in four U.S. adults, or roughly 61 million Americans, have a disability that impacts their lives. For adults over the age of 65 and older, the number increases to two out of every five individuals. People need to have access to decent housing, reliable transportation, entertainment options that have accessible facilities.

Individuals with developmental disabilities relay heavily on this source of funding. Disability benefits are helpful, but many individuals rely on a low cost of living and earning wages from working. According to data from 2020, over 5.3 million people with disabilities were part of the U.S. labor force.

According to WalletHub, here are the best and worst cities for individuals with disabilities. The list below displays the cities from the best to worst:

Since ABCS RCM is located in the state of Ohio, cities in this state are monitored. The same list does mention and rank three Ohio cities which are:

There are a number of factors that are used to judge the best or worst cities, so here are some more detailed information. The best five U.S. cities with the highest employment rate for individuals with developmental disabilities:

The worst five U.S. cities with the lowest employment rate for individuals with developmental disabilities:

To learn more about their services, email or call them at: