National Institutes of Health and Changes in the Opioid Epidemic 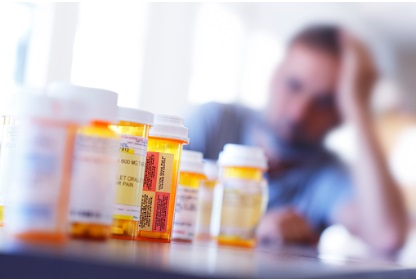 As the Opioid Epidemic continues to damage individuals and communities, the National Institute on Drug Abuse (NIDA) is seeing changes and is adjusting their organization’s strategy.

Over the years, the NIDA has seen the opioid drug crisis grow and change. Part of the current opioid epidemic is connected to the over prescribing of opioid-based medication such as Oxycontin (oxycodone). This trend started over two decades ago and greatly expanded the numbers of people addicted to opioids.

However, behavioral health providers now understand that abusing substances affects the pleasure and reward-related brain circuitry. Extended substance will change the physical makeup of that individual’s brain. So long after a person stops taking these addictive substances, the brain changes may continue to exist. This of course raises the possibility of recurrence with these addictive substances.

In recent years, there has been an increase in the use of heroin which made treating the effects of the opioid epidemic even more challenging. The director of the NIDA states that in 2016, the type of drugs used in the opioid epidemic changed. People were increasingly becoming addicted to a synthetically derived opioid known as fentanyl.

Why the Increase in Overdoses?

Drugs like cocaine, methamphetamine and heroin are sometimes laced with Fentanyl. The addiction of Fentanyl, and later the more potent and dangerous carfentanil, created a much greater risk of dying from a drug overdose.

In the past, people who were using opioids, tended to only take opioids. But now individuals are inadvertently taking opioids without their knowledge, such as consuming cocaine or methamphetamine that is mixed with fentanyl. Due to this fact, they can overdose on opioid drugs even though they were not aware that they were taking opioids.

Overall, this has resulted in more people accidently overdosing and dying from opioids. A fact that has increased the number of people who are overdosing due to opioids. These trends were made worst by the COVID pandemic and people obtaining illegal prescriptions.

This trend is confirmed by data from the NIDA that states that there has been an eightfold increase in illicit prescriptions that contain fentanyl. There are cases where individuals are buying medications like sleeping pills on the black market, but instead being sold fentanyl which can easily led to accidental drug overdoses.

An additional concern is that adolescents and young adults may start to participate in these new drug behaviors. The use of prescription and illegal drugs, as well as stress from social isolation due to COVID-19, has likely all contributed to the increase in drug overdoses.

COVID-19 pushed people to withdraw from the larger society and loss access to their social support system. This likely exacerbated pre-existing drug problems and pushed formerly recovered individuals to relapse and start using again. A trend that is particularly visible in the homeless population.

Other factors include the fact that the healthcare system was overwhelmed in many parts of the nation due to cases of COVID-19. These same health systems were less able to provide support and treatments for people with substance use disorder.

The use and expansion of telehealth technologies has helped to remedy some of the damage from COVID-19 and addiction. Telehealth has allowed people to gain access to supportive treatments for addiction. This grants people access to therapy and medications like suboxone (also called Buprenorphine or Naloxone) which provide benefits for people suffering from addiction.

The expanded ability to prescribe buprenorphine across the United States has helped. Telehealth technology and phone calls has made buprenorphine more accessible to people in rural communities. Especially since this population does not always have easy access to healthcare or they have little trust in the overall healthcare system.

Access to these medications is a tremendous help for people who are struggling with comorbid medical conditions. Ideally, policies that support evidence-based interventions that have been shown to work, should be a top political priority. This is a way to contain and hopefully stop the opioid epidemic.

In the future, the AMA and drug treatment specialists contend that it will be crucial to remove obstacles preventing people from accessing treatments for substance use disorders, particularly opioid use disorder drugs like buprenorphine.

Additionally, it will be essential to increase access to life-saving devices like naloxone (commonly known as Narcan), syringe exchanges, and fentanyl test strips.

The ultimate solution to stopping the opioid epidemic is to prevent that disorder from ever occurring. However, more work is need to achieve this goal.