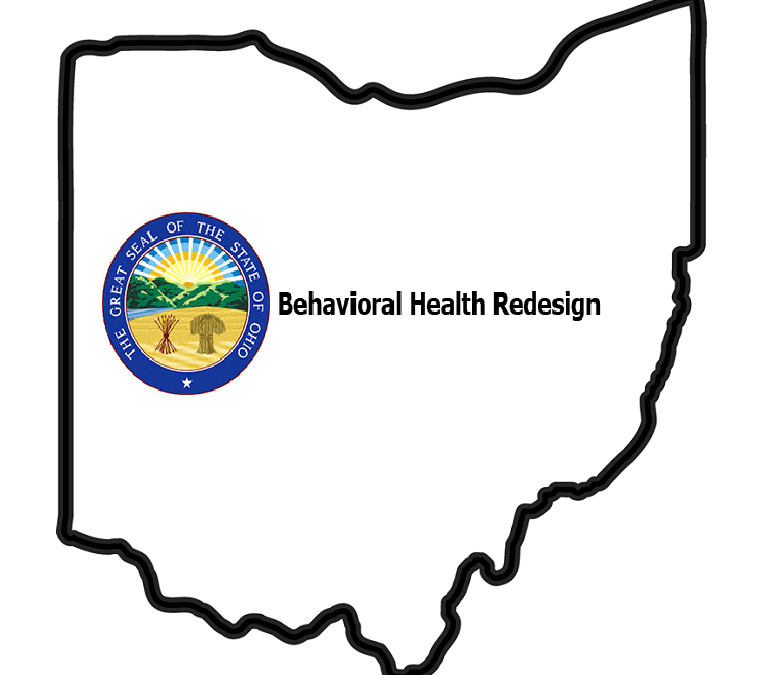 At ABCS, one of our specialties is providing billing services for behavioral health and addiction treatment professionals. We are watching the transition in services as the state of Ohio Department of Medicaid switches their mental-health coverage from a state-run system to a managed care model.

The official date for the system-wide change is July 1, 2018. However, a group representing about 150 behavioral health providers says that patients could suffer if the scheduled change is not delayed.

Part of this concern arose from a previous Medicaid billing change in January. This change in the way Ohio mental health providers are required to bill for services has led to months-long delays in payments from the state, forcing providers to tap into cash reserves and lines of credit and sell assets, said officials from the Ohio Council of Behavioral Health & Family Services Providers.

The scheduled July switch, she said, will exacerbate the problem because managed-care plans reimburse providers about every two months, on average. The state’s standard is one or two weeks. “There will be a large number of organizations that can’t manage that shortfall in cash, and it will result in layoffs, it will result in programs closing,” officials stated. “People are expecting crisis services to be available in communities for people who are a danger to themselves or others, and we’re putting all of that at risk.”

Basing the concerns on the results of an April survey of Ohio Council members, industry observers stated that a large number of providers are receiving only a portion of the Medicaid dollars they have budgeted and that many claims are being denied. The state said it is moving to managed care to ensure that mental-health services are covered at the same level as physical health services, to encourage more providers to participate, and to expand services, including those for people with the most intense needs and for preschoolers.

State officials have noted that many mental health providers have expressed support for moving ahead on July 1. Officials have stated that they have “put a lot of focus on making sure that access to care is going to be available.”

Data does show that the overall claims denial rate in the first three months of 2018 is 21 percent, above the normal 11 percent average. However, the rate falls to 6 percent, well below historic norms, when adjusted to remove ineligible requests and claims from the 26 providers who account for 41 percent of denials.

Once claims were submitted, they were paid slightly faster than they were a year earlier, he said. Managed care plans have conducted several tests to ensure they will be ready, and have been working with the state, providers and others for two years to ensure a seamless transition, said Miranda Motter, president and chief executive of the Ohio Association of Health Plans.

But Criss said members of her group, who provide 70 percent of the mental health care services reimbursed by Medicaid, have spent hundreds of thousands of dollars and committed hours of staff time to prepare. Still, she said, a delay would afford them time to stabilize. Among Ohio Council members supporting the delay are Southeast Healthcare Services Downtown and the Netcare Access crisis service in Franklinton.

While Southeast’s cash position should be $5 million, it’s at $2 million, and a line of credit was renewed as a safeguard, said Sandra Stephenson, director of integrated healthcare. She said there have been a number of unexpected claims rejections, and board members are concerned, asking if any programs should be cut.

King Stumpp, president and chief executive of Netcare, said the changes amount to unfunded mandates, requiring retooling of billing systems, training of staff and establishment of new treatment designs — updates that cost Netcare $75,000 to $100,000. He said Netcare will continue to serve people 24/7, but he has concerns over whether claims will be paid.

Also expressing concerns about provider readiness is Mark Mecum, chief executive of the Ohio Association of Child Caring Agencies. He has made several recommendations to the state to help the 30 percent of association providers that he said still face significant challenges due to contract delays with the managed care organizations, technology issues and low cash reserves.

The Ohio Association of County Behavioral Health Authorities also has heard concerns and has asked the state to pull together a quick-response team to handle any issues as they arise, and to establish an evaluation system, said chief executive Cheri Walter. “Everyone in behavioral health is very nervous because this is a change, but we believe the change is well founded,” he said. “It’s the implementation that we’re going to have to really monitor closely to make sure our citizens receive the care that they deserve.”

Currently, Ohio is facing a severe addiction and mental health crisis. There is a concern that the scheduled redesign from the Ohio Department of Medicaid will make this crisis worse. Policy changes implemented on January 1 slowed resources for the current capacity of addiction and mental health treatment, and additional modifications scheduled for July will negatively exacerbate the situation.

The Ohio Department of Medicaid has undertaken a process known as Behavioral Health Redesign with the goal of modernizing regulations and resources to increase service capacity and move coverage for services to managed care plans on July 1. This transition is supported by providers who have been collaborating with the administration and managed care to successfully implement the new approach.

As expected, there are abundant challenges with such a massive change, and many problems are taking longer to overcome than originally believed. In a recent survey of more than 100 mental health professionals, the majority of responses believed that the Medicaid redesign was having a negative impact on their practice’s finances. Over 60 percent of these behavioral health respondents stated that they were receiving less money than originally projected from Medicaid reimbursements.

Ohio Senator Dave Burke chairs the Joint Medicaid Oversight Committee (JMOC) which has been largely responsible for the redesign. Mr. Burke says he has heard the concerns about the state-wide redesign, but the redesign will continue as scheduled. “I would probably say that the movement around the delay is almost nonexistent. The movement’s actually around finding remedies for the problems that we have at hand, and cash flow as you mentioned is the primary one,” he said. Reimbursement rates behavioral health and addiction treatment services have changed.

Some rates were increased while others were reduced, while the billing cycle was extended from seven to 30 days. All of these reasons could create financial problems for mental health providers. As a response to this, Burke mentioned that one possible solution could be to allow cash advances to behavioral health providers who were experiencing cash flow issues.

As of the publication of this article, the state of Ohio is moving forward with shifting mental health and addiction services for low-income Ohioans into Medicaid managed care by July 1, 2018. We are closely following the Medicaid redesign. Please check regularly for updates on this and other related topics.

Advanced Billing & Consulting Services we pride ourselves on the fact that we deliver a complete suite of revenue cycle management tools for healthcare professionals. For additional questions about this article or other medical billing topics, please CONTACT US.