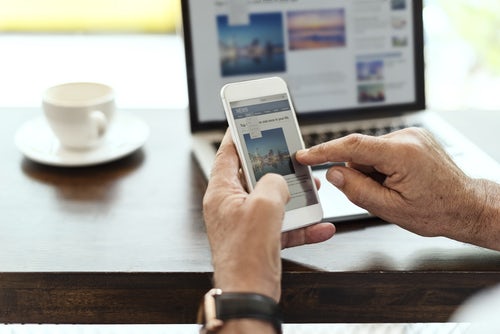 As an Ohio-based company that provides healthcare billing and account management services, we periodically examine recent Ohio medical and healthcare-related news stories. Healthcare innovation plays a major role in Ohio’s economy, the state still has obstacles to overcome. Here some of the major healthcare news stories from the few months.

This story has been making national news headlines. As of the publication date of this article, 8 wrongful death suits have been filed against Columbus-area Mount Carmel Health System and Dr. William Husel. The wrongful-death lawsuits argue that patients were negligently or intentionally given overdoses of dangerous drugs like Fentanyl. In doing this, Mount Carmel hospital’s safety precautions failed to protect patients. Dr. Husel is now under investigation in connection with dozens of deaths.  Mount Carmel stated that there were a total of 34 near-death patients in the ICU, with excessive dosages were likely the cause of death in 28 of the cases.

In doing this, Mount Carmel hospital’s safety precautions failed to protect patients. Dr. Husel is now under investigation in connection with dozens of deaths.  Mount Carmel stated that there were a total of 34 near-death patients in the ICU, with excessive dosages were likely the cause of death in 28 of the cases.

Allegations state that there was a breakdown in communication in the ICU were the doctor worked. Husel was able to deliver emergency dosages of fentanyl and other painkillers without any input from pharmacists or other physicians. Since this tragic situation has come to light, the health system has placed 23 staff members on paid leave during as the investigative process continues to unfold.

Due to the previously mentioned situation at Mount Carmel, the health system is now in danger of losing Medicare funding privileges due to the breakdown in safety protocols. The Centers for Medicare and Medicaid have notified Mount Carmel Health that two of its hospitals are in jeopardy.

CMS stated that due to the patient-death scandals at the health system’s facilities, their Medicare program may be canceled due to pharmaceutical-service deficiencies. The concern is that these deficiencies are severe enough that they “constitute an immediate threat to patient health and safety.”

Another hospital system, for different reasons, has recently lost its Medicare funding status. In Dayton, OH, the Medical Center at Elizabeth Place recently had its Medicare funding revoked due to low-patient volume. The small 12-bed hospital is requesting that the CMS re-establish its ability to submit claims to Medicare and Medicaid.

In January, CMS revoked funding for the Ohio hospital stating that they do not serve enough patients. Due to this fact, Ohio lawmakers are asking the government agency to reinstate the medical center’s Medicare reimbursement standing. Hospital officials did add that the termination of Medicare and Medicaid coverage had nothing to do with the quality of the healthcare provided by the medical center.

The county coroners in both Franklin and Cuyahoga counties issued public warnings about the powerful opioid carfentanil. The drug is one of most potent opioids known to healthcare practitioners. For comparison, Carfentanil’s potency is approximately 10,000 times that of morphine and 100 times that of fentanyl.

A substantial number of Ohioans are included in this since both of these counties have a combined population of just over 2.5 million people. However, other counties in Ohio are also dealing with the effects of opioid addiction.

The coroner of Franklin County, Dr. Anahi Ortiz, stated that Columbus, OH had 6 carfentail-related deaths over the entire 12 months of 2018. However, in January 2019 there have already been 3 carfentanil-related deaths. In northern Ohio,

The Cleveland area, much like the Columbus, has experienced an increase in opioid-related deaths over the last year. Early toxicology results show at least 58 people died in January of apparent drug overdoses in Cuyahoga County, making it one of the worst in the county’s history.

The usage of carfentanil is made worse due to the fact that it is often difficult to detect the substance because it is often mixed with other drugs such as cocaine or heroin.

For news and updates on the U.S. healthcare industry, explore our recent articles on this topic.  ABCS RCM is located near Columbus OH and specializes in revenue cycle management for a wide variety of healthcare practitioners.