Ohio: Some Health Systems Expand While Others Face Challenges 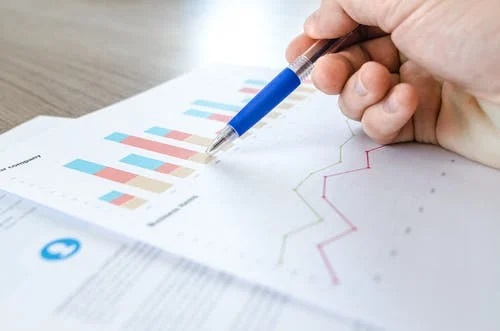 In Ohio, healthcare has become one of the major sectors of the economy. While some health systems have grown, others are facing financial challenges. OSU Wexner Medical Center is expanding while The University of Toledo Medical Center (UTMC) is confronting operating losses.

The Ohio State University’s Wexner Medical Center has been expanding for several years. Central Ohio, over the past decade, has experienced robust growth. A fact that has helped many health systems that are located in the Columbus metro region.

According to the Columbus Business Journal, the OSU Wexner Medical Center is planning to purchase 2.5 acres of additional land in Columbus. This follows the heels of a previous land purchase in late 2019. In this case, the purchase was for 7.5 acres of land in order to support the growth of OSU’s Stefanie Spielman Comprehensive Breast Center.

The most recent land purchase is along Olentangy River Road. This is near the existing OSU Wexner Medical Center and would provide additional room for them to expand their operations in Columbus. University officials have stated that the expansion will help with parking issues and help associated programs grow.

The land purchase is located in an area of Columbus that is an essential business corridor that is projected to grow in the coming years. This growth has encouraged other planned medical-related expansions at the Wexner Medical Center.

The University is also moving to build a 385,000 square foot cancer-focused surgical center and proton therapy treatment facility. The facility is in partnership with Nationwide Children’s Hospital which is also providing funding. Additional expansion is underway in the Columbus suburbs as OSU continues to expand outpatient care facilities.

In Northwestern Ohio, the University of Toledo Medical Center (UTMC) is facing some financial headwinds. According to The Blade newspaper, the university medical center is considering scaling back its health system offerings. This is due to the fact that the facility reported a twelve-million-dollar operating loss in the first half of 2020. These losses are part of a long-term trend dating back to 2018.

The University of Toledo has invested in the medical center, with the facility providing essential healthcare services for the surrounding community. But, university board officials have stated that this an unsustainable financial situation for the hospital. Hospital leaders are considering all options, including selling the medical center.

However, the ideal situation is to turn things around for UTMC. In the last year, the hospital has downgraded its trauma designation from level I to level III with some medical clinics and services transferred to ProMedica Toledo Hospital.

Critics have argued that the Toledo Medical Center financial struggles are due to the academic affiliation with ProMedica. As a health system, ProMedica serves communities in 28 states with 13 hospitals, 4 ASCs and more than 400 post-acute care centers.

Some Toledo area residents, faculty and politicians have sent a request for Ohio Governor Mike DeWine to intervene and monitor the situation. As of June 22nd, the Toledo Blade has stated that about 40 different parties are interested in managing or purchasing the UTMC.

The Impact of Ohio’s Population Trends:

Outside of the individual actions of hospitals in Columbus and Toledo, there are some larger population trends occurring in Ohio. Overall, the state is projected to experience a decline in population and lose a seat in Congress after the 2020 Census count. But this gradual population decline is not uniform across the state.

While many parts of the state are experiencing stagnate growth or population decline, the Columbus metro region is growing. In fact, out of the 15 fastest growing cities in the United States, Columbus was the only Midwestern city. All of the other cities were located in the Southern and Western United States (Sunbelt). These larger demographic trends favor hospitals like OSU Wexner Medical Center, but at the same time create additional challenges for any hospital located outside of Central Ohio.

Hospitals and other health systems located in the Columbus metro area will benefit from this population growth. However, this demographic trend will likely slow economic growth in the regions of Ohio that are not experiencing population growth.

Trends for Health Systems and Hospitals:

When one looks beyond OSU and UTMC, there is a larger trend occurring in the U.S. healthcare system. There are many health systems that are financially stable and are experiencing growth, while others are struggling and are forced to close their doors.

A wave of health system consolidations has been occurring across the nation. Larger systems can offer an economy of scale and use their size to negotiate prices with insurance payers.

According to studies by the American Medical Association (AMA), between the years of 2010 to 2015 there were 561 hospital mergers. This trend continued in 2016 and 2017, with 217 mergers occurring in this time period. The AMA argues that market forces will likely encourage these mergers in the future.

Traditionally non-medical companies like Walmart as well as big tech companies like Google, Apple and Amazon are expanding their presence in the American healthcare system. These new players will likely disrupt the US healthcare model and require health systems to innovate or face difficulties.

For additional questions about this topic or other healthcare revenue cycle management questions, contact them.