Opioid Lawsuits in Ohio and Indiana 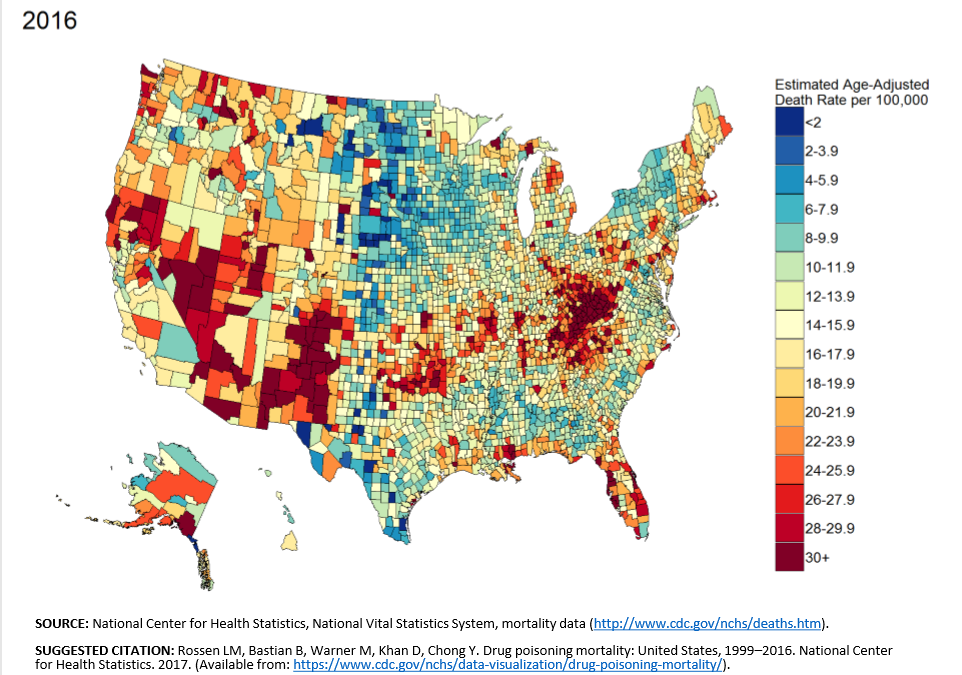 Is history repeating itself? In the 1990s, a series of legal actions were settled between the various U.S. states and the four largest United States tobacco companies. There seems to be a modern parallel with the opioid lawsuits being taken against major pharmaceutical companies that produced and administered opioids. As a company that provides medical revenue cycle management services for residential treatment centers, inpatient psychiatric hospitals including PHP and IOP services; we have been following these opioid lawsuit news stories. In the Ohio River Valley alone, every state, as well as numerous cities and counties; are suing drug companies for their connection to the current opioid crisis.

In May 2017, Ohio Attorney General Mike DeWine filed an opioid-related lawsuit against Purdue Pharma, Endo Health Solutions, Janssen Pharmaceuticals, Cephalon Pharmaceuticals, and Allergan Pharmaceuticals. DeWine argued that these companies “spent millions of dollars to deceptively market their drugs, leading to our state’s worst public health crisis.” DeWine stated that 2.3 million people in Ohio were prescribed opioids in 2016. By November of the same year, in the neighboring state of Indiana, the city of Indianapolis also filed lawsuits against opioid manufacturers and distributors. The federal lawsuit filed by Indianapolis joins numerous other cities and states that are also pursuing legal action. The city argues that drug companies failed to “identify, report and stop suspicious orders.” The city was forced to deal with the growing problem of opioid addiction, while the companies bore none of the financial burdens.

However, the Healthcare Distribution Alliance, which is an organization that represents the interest of the three-drug distribution companies, stated that the companies are not to blame. Senior Vice President John Parker said that these companies “don’t make medicines, market medicines, prescribe medicines or dispense them to consumers. Given our role, the idea that distributors are solely responsible for the number of opioid prescriptions written defies common sense and lacks understanding of how the pharmaceutical supply chain actually works and how it is regulated.” The city of Indianapolis strongly disagrees and argues that these distribution companies knew that patients were at risk to become addicted to opioids painkillers such as OxyContin, oxycodone and hydrocodone. Because of this increased risk of addiction, according to the lawsuit, these opioids should only be used for short-term needs. These short-term needs include post-surgery, trauma and end-of-life care. But the lawsuit contends that these products were marketed for long-term use, which increased corporate profits as well as the number of addicted individuals.

In December of 2017, the city of Columbus filed a legal action against 25 drug manufacturers and distributors, joining similar lawsuits already filed by the cities of Cincinnati and Cleveland. Like earlier lawsuits, the city of Columbus argues that these drug companies expanded the opioid crisis due to their “dissemination of false information about the safety of opioid medications and failing to track suspicious opioid shipments.” Interestingly, these lawsuits out of Ohio refer to earlier rulings out of the state of Florida. In December 2016, Ohio-based Cardinal Health paid a $44 million fine to the Department of Justice for a civil penalty in Florida.

By January 2018, several other Indiana municipalities and counties had joined the growing list of entities suing pharmaceutical companies and distributors over their roles in the opioid abuse crisis. Similar to the claims made in Ohio the companies, which include Cardinal Health, McKesson Corp., Purdue Pharma, and Teva Pharmaceuticals, are accused of racketeering, deceptive trade practices, fraud and conspiracy to market and distribute opioids unlawfully in their communities. Also, by 2018, the states of Kentucky and West Virginia had also filed their own opioid lawsuits.

In April 2018, as a response to this problem, Cardinal Health based out of Dublin, Ohio; has started distributing the naloxone it pledged last year as part of its Opioid Action Program. The Ohio-based drug distributor faces lawsuits linked to the opioid crisis is donating more than 80,000 doses of an overdose antidote for use by emergency responders in several states. The doses will go to first responders in Ohio, Kentucky, West Virginia and Tennessee. The Cardinal Health states that the initial investment will be $10 million, and the program could expand to other states.

The various states and local governments that are suing companies that manufactured and distributed opioid-based painkillers argue that the drug companies should be held partly responsible for the opioid health crisis. These states and governments believe that drug manufacturers and distributors unethically marketed their products and failed to adequately report their abuse to authorities. They want opioid companies to pay for some of the damage caused by their medications. The federal government is also getting involved in these opioid lawsuits. In April 2018, the Justice Department filed a motion requesting it be allowed to participate in the settlement discussions as a “friend of the court.” The Justice Department is seeking reimbursement for the epidemic’s cost because it has posed substantial expense to the U.S. government.

At ABCS RCM we will continue to follow the news stories surrounding these opioid lawsuits. For additional questions about this topic or general questions about medical billing for mental health facilities and practices:  CONTACT US