Population Change & Legacy Cities in the State of Ohio 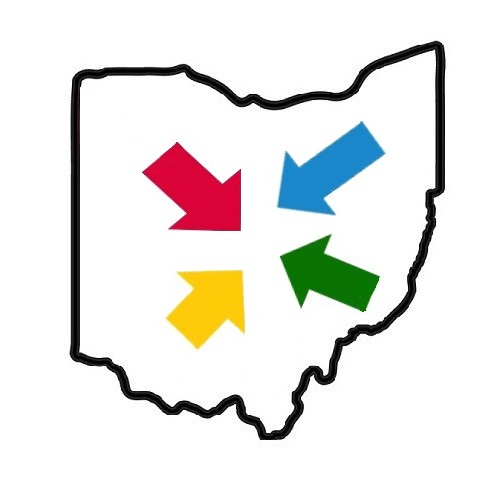 Population changes create a profound impact on a region’s economy and health systems. Over the last few decades, the state of Ohio has experienced some significant population and economic changes. These same demographic changes affect healthcare providers and medical facilities differently, depending on where they are located in the state.

A previous post explored the shifting population in the state of Ohio and the possible impact this may have on some of the state’s health systems. According to data available at the time, the state had a slight increase in overall population. Ohio’s population grew by roughly 2.3 percent to a total size of about 11.8 million people.

There is a question as to how these demographic changes will impact healthcare systems and other medical facilities in these areas. Especially areas such as Toledo and Cleveland. For example, in Central Ohio many healthcare practices are expanding their operations, but in Northwest Ohio some hospitals are facing substantial operational headwinds.

The group explored 2020 Census data and identified trends and patterns with the goal of using this data to create sound data-driven policies.

According to their research, the state of Ohio had a population growth rate of 3%. However, they found that if the Columbus metro area is excluded from the data, the state actually experienced a 1% population decline.

The study points out that currently, roughly 18% of the state’s population lives in the Columbus metro area. For urban centers outside of Columbus, the report uses the term “legacy cities.” The report explains that these cities “came to prominence in the early-to-mid 1900s around a manufacturing economy, but experienced significant population and manufacturing industry losses in the mid-to-late twentieth century.”

Legacy cities are categorized as having a rapidly aging population, manufacturing job losses, stagnate income growth as well as little or no population growth.

The report does not consider Columbus to be a legacy city. In fact, according to the report, the Columbus metro area looks statistically nothing like a Cleveland, Akron, Toledo or Dayton. The Central Ohio economic model is largely based on professional, government, healthcare and educational services. A fact that likely influenced the silicon chip maker Intel to select the Columbus region for its new manufacturing plant.

The investment of Intel and the U.S. government in a major silicon chip manufacturing facility in the Columbus metro area may change these demographic trends. However, the expansion of high-tech jobs in Central Ohio could exacerbate the current population trends in the state.

Policy makers and healthcare professionals need to remember that Ohio is a complex state. Staffing shortages and tight budgets may become more common in the future. The Greater Ohio Policy Center states that Ohio legacy cities loss 85,000 people from the available workforce. The smaller and medium sized cities accounted for about 70% of these worker losses. Incidentally, almost two-thirds of people in Ohio live or near a legacy city.

As urban areas adapted to a declining and aging population, the amount of poverty can increase in these geographic regions. An older population also requires greater access to healthcare.

As legacy cities in the state continue to lose population while also having a rapidly aging population, restricted budgets and staffing shortages could become more common. Hopefully, the local healthcare systems and other medical facilities in these regions can successfully meet the needs of Ohio’s changing population.

As an Ohio-based company, they also provide software tools and billing services for agencies that provide supports for the Ohio I-DD community.