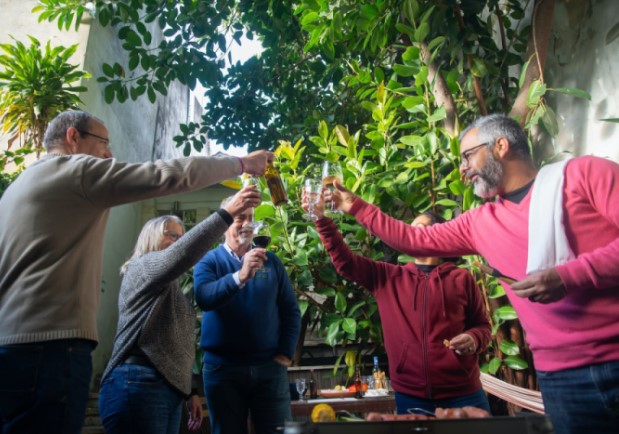 There have been some surprising changes in the world of addiction treatment medicine. One unanticipated change was the increase in drug overdoses for American senior citizens. Another more positive event was the announcement of a potential fentanyl vaccine.

In recent years, there has been an increase in overdoses in the United States. A portion of this is likely due to issues created by COVID-19. The Coronavirus pandemic forced many individuals to separate (and quarantine) from their community and larger society.

These actions likely strained or disconnected their social support network. In these situations, a pre-existing substance usage problem would likely become worse. Individuals who were in recovery, would more easily suffer a relapse and start using drugs again.

In some parts of the country, the local health systems were overwhelmed by the Coronavirus pandemic. People who were struggling with substance use disorders (SUDs) may have experienced a more difficult time trying to obtain treatments.

The AMA has documented that during the COVID-19 pandemic, drug overdoses increased in every state across the country. At the same time, there was a growth in the use of fentanyl-laced drugs such as cocaine, methamphetamine and heroin. All of which likely contributed to the increase in overdoses across the nation.

Drug Overdoses in the Elderly:

A new trend is increasingly becoming evident. It is a well-known fact that young and middle-aged individuals have the highest rates of drug overdoses in the U.S. However, new trends appear to be emerging.

Data from 2019 and 2020 display a marked increase in deaths due to drugs and alcohol. Research is indicating that deaths due to drug overdoses has tripled for individuals aged 65 and older. But, the term overdose is not commonly connected to people who are collectively known as senior citizens.

According to data from the National Center for Health Statistics (NCHS), the rates of deaths due to drug overdoses for senior citizens (65 and older) has increased from the year 2000 through the year 2020. More specifically, the group with the highest number of drug deaths was elderly Black males ages 65 to 74. The death rate for this group was more than four times higher than Hispanic or white men in the same age group, according to government data. Also, deaths from synthetic opioids like fentanyl increased 53% among seniors from 2019 to 2020.

Researchers have noted that younger senior citizens are now part of the baby boomer generation. This generation, or population cohort, behaves differently from previous generations. Americans who are considered Baby boomers are more open to using substances like drugs and alcohol. Whether this is having an impact on the data is not clear.

Among seniors there is always the heighten risk of accidental deaths due to the misuse of prescribed medications. Research tends to indicate that senior citizens are more satisfied and generally happier than younger adults. However, this age group can still experience depression and other mental illnesses. The elderly, as a group, tend to suffer from a greater occurrence of illness, chronic pain and dementia.

During an active opioid drug overdose, the administering of naloxone is a life-saving treatment. Naloxone is a drug that is available under the brand name Narcan.

If administered in time, naloxone can actually reverse the physical effects of an opioid overdose. The medication is able to attach itself to the opioid receptors in an individual’s brain. This attachment blocks the opioid’s effects and diminishes the physical impact of the opioid on the human body.

For example, a correct dosage of naloxone can restore normal breathing patterns in a person who is experiencing an opioid overdose. However, there is a crucial window for the delivery of Naloxone. If this window is missed, a person experiencing an overdose can die.

The development of a fentanyl vaccine would remedy the previously described situation. Currently, there is no vaccine; but this may soon change. In November 2022, researchers in Texas announced that they are creating a vaccine that has shown promising results and is considered a game changer by many health advocates.

The potential fentanyl vaccine actually blocks and prevents fentanyl from entering a person’s brain. In this way, individuals would not experience the euphoric rush that is accompanied by the drug. The vaccine would prevent a person from feeling the opioid induced high since fentanyl is prevented from entering the user’s brain.

During this process, the body will create anti-fentanyl antibodies that binds to fentanyl. The fentanyl that is in the body is processed and eliminated by the kidneys. Without the euphoric feelings, a person will have an easier time staying clean and sober.

Relapses are common for individuals trying to quit substances like opioids. The hope is that the vaccine would assist people who are recovering from opioid addiction and are attempting to quit.

The vaccine is still in development and needs to complete clinical trials. If these are successful, this vaccine could greatly remedy a major societal problem.

As an Ohio-based company, they also provide software tools and billing services for agencies that provide supports for the Ohio I-DD community.