The Decline of Independent Healthcare Providers 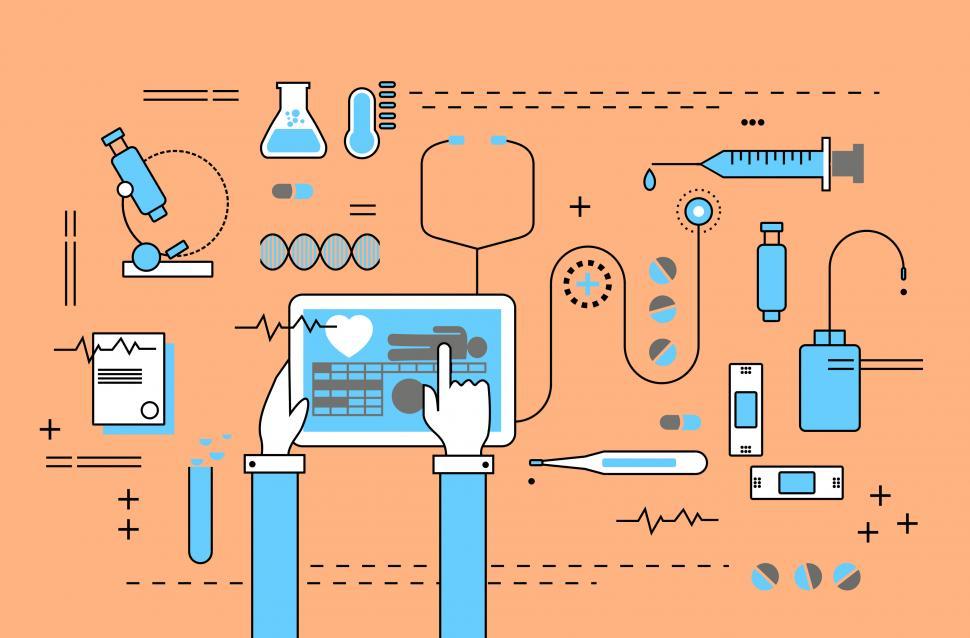 As a full-service medical billing company, we here at ABCS provide Healthcare focused revenue cycle management services. Many of our practitioners are independent providers who are well aware of the structural changes that are happening in modern healthcare.

One major change is that for the first time in modern U.S. history, less than half of U.S. doctors owned their own medical practice. According to the American Medical Association, in 1983 – 76% of physicians owned their own practice. However, by 2016 this percentage had dropped to 47%. This modern trend has been reported in a variety of newspapers and articles with physicians from Ohio to New York experiencing these pressures.

There are many reasons for this decline of independent healthcare practitioners. Some industry observers have pointed out that independent physicians are being forced to sell their practices or become an employee of a larger hospital or health system. The doctors who maintain independent practices who are forced to change their business model.

For example, reimbursement and other cost pressures have forced 26% of physicians to stop accepting Medicaid while 22% have reduced office support staff. In addition, there is data that shows spending increases between the years 2012 to 2016 almost entirely due to price surges. Most of this increase was due to the price for administered drugs, emergency room (ER) visits, and surgical hospital admissions.

In the state of Ohio, doctors argue that higher cost and lower reimbursements rates from insurance companies have forced more doctors to join large hospital physician networks and health systems. Some of these larger health systems in Ohio include OhioHealth Corporation, Cleveland Clinic and Mount Carmel Health System.

However, even these larger systems are not immune to the disruptions that are reshaping healthcare. Ohio’s largest health systems are creating a statewide collective in order to control cost and improve quality. A major goal of this collective is to have greater negotiating leverage with insurance companies who are demanding better healthcare outcomes at a lower cost.

The trend towards consolidation due to higher cost and lower insurance reimbursement rates means that a smaller amount of independent healthcare practitioners are now competing against larger hospitals and health systems. A trend that some physicians say reduces the quality of patient care and can create higher medical expenses for patients.

One doctor with a solo practice in Ohio describes how patients can experience what he calls “surprise billing.” These unexcepted expenses occur when patients are unaware that the physician treating them is not covered by that patient’s health insurance.

Even when using emergency room services, patients find that if they are treated by an out-of-network healthcare provider, these patients will receive bills that are not covered by their insurance plans. If patients refuse to pay this expense, these physicians will be forced to write off these claims.

Independent doctors argue that their solo practices are not granted realistic reimbursement rates from insurance companies. However, larger health systems are able to negotiate better rates because they see a higher number of patients and offer more volume to insurance providers. Some independent practices in Ohio argue that the in-network rates for small medical practices are so low, it is nearly impossible to stay in business.

Insurance companies counter this argument by stating that most physicians, including small and independents, have successfully signed contracts and achieved in-network-status with many insurance providers. The insurance industry argues that the problem lies with the health plans or with a few physicians demanding unreasonable health care prices for medical treatments.

Hospital representatives in Ohio argue that that the new payment systems from insurance companies and the CMS are built to reward providers who can control the whole continuum of a patient’s care, from diagnosis to rehabilitation, which is something that is difficult to verify for an independent physician’s office.

The American healthcare system is moving away from a single doctor’s office as concepts like efficiency and value-based care are stressed. However, one way that healthcare practitioners have adapted is to form groups outside of a hospital or health system.

Physician-owned networks for doctors are a common way for doctors to maintain their individual practice and retain some autonomy. This allows doctors to pool their resources and share the administrative burden and data collection tasks that are required in modern healthcare.

Patient’s expectations have also evolved over the decades. People are more accustomed to receiving products and services outside of traditional working hours, while the relationship between patients and doctors has changed. Apart from emergency room situations, people are increasingly choosing to visit retail clinics and urgent care centers in strip malls or shopping centers.

In these instances, their simple health needs can usually be tended to by health professionals like nurse practitioners or physician assistants at a cheaper rate than in a doctor’s office. Incidentally, even as visits to specialists increased, office visits to primary care doctors declined 18 percent between 2012 to 2016.

Due to the long hours, administrative burdens and low pay many aspiring physicians are seeing pediatric and family practices unattractive employment options. Yet in this new medical age, as primary care doctors become increasingly scarce, larger players are expanding their presence in the healthcare marketplace. Corporate giants like Walmart, Humana, Aetna, UnitedHealth, CVS Health, Amazon, JP Morgan and Berkshire Hathaway are all either looking to consolidate or expand footprint in the American healthcare system.

With independent healthcare providers being replaced by larger health systems and retail clinics, it is clear that the U.S. healthcare system is changing. Healthcare practitioners, as well as revenue cycle management companies like ABCS, are closely watching these industry trends. Currently, our company helps many of these individuals, as well as smaller practices, stay competitive in this new environment.

As a modern medical billing company, ABCS helps to alleviate the administrative burden facing many smaller medical practices. We realize that the only thing that is constant – is change itself. This may be an overused expression, but it has never been truer in healthcare.

At ABCS RCM, we offer experienced medical billing services. Have questions? REACH OUT TO US