The Rise of Robotic Surgery 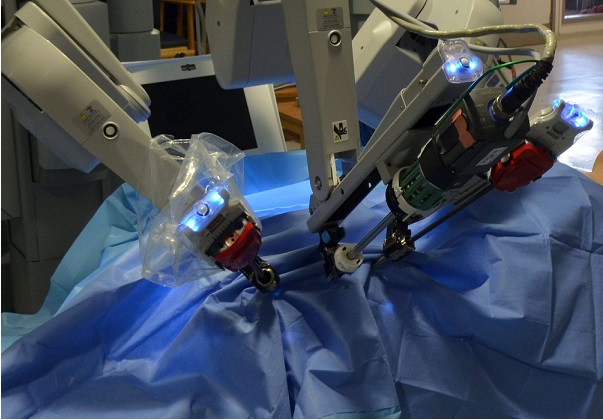 New technologies in healthcare are interesting to watch due to the fact that these changes often, over time, create irreversible changes in the healthcare system. One of the technological trends that we are noticing at ABCS RCM is the advancement of robotic surgery (or robot-assisted surgery). One of the earliest surgical robots was the Da Vinci Surgery System. This surgical system was first approved by the FDA in 2000. Since then, there has been a steady expansion of robotic surgical assistance in both the U.S. and abroad. However, the Da Vinci Surgery System does have critics. Doctors at Johns Hopkins School of Medicine have stated that the system’s manufacturer has overestimated its benefits. Other critics have stated that there is “lots of hype, but little proof of efficacy” with the surgical system. Even with these criticisms, robotic surgical systems are here to stay.

The Mayo Clinic states that the advantages of robotic surgery include:

According to CNBC, only 4% of U.S. surgeons use robotic surgical systems. But, this number is expected to grow in the next few years. The investment firm Goldman Sachs has bought shares in robotic surgery companies like Intuitive Surgical. As of April 2017, Goldman Sachs has predicted that robot-assisted procedures will double over the next two years. Robotic-assisted surgery is not only on the rise in the United States. In countries like China, the use of robotic surgical systems is also projected to rapidly expand. In fact, the investment firm Morgan Stanley also believes that robotic surgery has the potential to “disrupt” the market for certain types of surgeries.

Increasingly, medical technology companies are using robots to assist with complex procedures like hip and knee replacements. Many health professionals are predicting a growing demand for artificial replacement joints as the population of the United States ages. A similar demand will also likely occur in other nations that have an expanding percentage of senior citizens in their populations. Some of these other nations with rapidly aging demographics include Germany, Japan, South Korea and Canada. This technology is likely to produce tremendous changes in the coming years.

For additional information on robotic surgery, refer to the links below:

Have questions about this topic or general revenue cycle management questions? CONTACT US